PURE ETCR - HUNGARORING - 20-22/08/2021 - Motivated as ever, Jean-Karl Vernay had announced the target: "I absolutely have to be solid during this round. If we want to win the championship, we have to concentrate on winning. So far I have only got second and two fourth places, and that is not our goal. We need to get some overall wins and we need to do that now. "

But this new round did not quite live up to the Frenchman’s expectations. In Pool B, Vernay repeatedly challenged for the lead in his first battle but had to settle for second place. After a comfortable win in the second heat, the Frenchman received a time penalty for overshooting the track and was placed second. He bounced back with the second fastest lap in the Pool B time trial and briefly took the lead in the Super Final. However, with his freshly repaired Hyundai Veloster N ETCR ready just moments before the race, he opted to bring the car safely home in second. 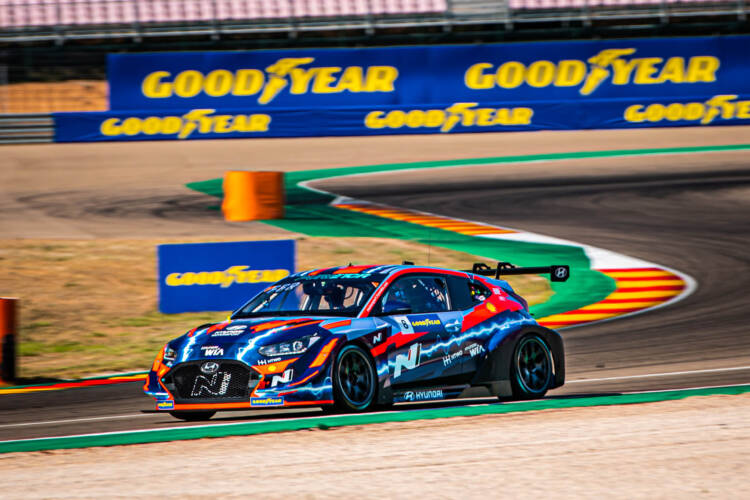 “We expected to be strong in the Battles but our pool was quite difficult. We managed to have a good Saturday, but I made a mistake in the second heat which earned me a penalty for going off track,” said Jean-Karl Vernay. “It’s unfortunate because we lost six points. We had a problem with my Hyundai Veloster N ETCR which we were able to fix in time for me to compete in the Super Final. I did my best to keep Azcona behind and was a bit aggressive, but we were still missing something to keep him behind. The positive thing is that we are still second in the drivers’ championship.”